It was great to be back.

I read The Golem and the Jinni not long after it came out in 2013 and at least once again since. Though I don’t remember every detail now, what I can’t forget is how it gave me the feeling of dwelling in an an entire and completely realized world, one that felt rich with historical details but also intimate and outside of time, one I was sad to leave. Chava and Ahmad were greenhorns in 1900 New York, and the novel was both a slow-burn love story and an immigrant tale of learning to adapt and fit in. The narrator was omniscient and a little at arm’s length. There were other story lines and secondary characters, but the focus was firmly on golem and jinni.

The Golem and the Jinni didn’t end on a cliffhanger — fortunate for the reader waiting eight years for this continuation, but not offering an obvious sequel path for the writer. And sequels/continuations are harder than they appear. Since they already have characters and a world, they seem like they should be easier than starting anew. But they need to explain things to people who never read the first volume yet not bore those who know it very well. They need to create the experience that readers loved the first time, but do more than just repeat it. And this case, there’s the weight of thousands of readers’ expectations. So how does this compare?

What soon becomes apparent is how differently time is handled here. The books are the same length, roughly 480 pages, but The Hidden Palace covers about 15 years, a much greater span of time than G&J. The action ranges beyond Little Syria and the Lower East Side: to Morningside Heights, to Brooklyn and even the Ottoman Empire.

Also, there’s more people, some with only a tenuous connection to Chava or Ahmad, doing stuff of their own, including, spoiler alert, constructing a golem in their tenement apartment (as one does). There is more History: the Odessa pogroms of 1905 get a mention, as does the Triangle Shirtwaist Factory fire. We meet Lawrence of Arabia before he was famous, and Gertrude Bell when she already was. The sinking of the Titanic and the Lusitania both move the plot forward. And we see the city itself changing before the eyes of its residents, as the Manhattan Bridge is built, the first skyscrapers spring up, cars start replacing horses, women start demanding the vote.

So the feeling of The Hidden Palace was very different for me from The Golem and the Jinni: less cozy, but no less compelling. Chava and Ahmad were less at the center of the action, as their differences drove them apart, and they began to pursue divergent paths in this new New York, though events will bring them back together.

The plot is a thing of wonder, as the different story lines start to converge in ways both logical and surprising, and there are many delights along the way. I particularly enjoyed the stubborn orphan Kreindel, the wisecracking bicycle messenger Toby, and that Chava managed to put herself through college and become a teacher of Home Economics, which seems both absurd and completely right.

Will there be a third installment? It almost seems like…maybe?

I have not posted here since an outing in February to a wonderful dramatization of the Bronte sisters’ life. I am not keeping up with my reading list  (although I do  so on Goodreads). I started another #100daysofwriting challenge and quickly began forgetting — not to write, I never forget that — but to take a daily picture and post it on Instagram.

Feckless though I am, it struck me it might be fun in retrospect to have had some record here of the progress of the novel I imagine myself to be writing. Though it may come to nothing (the novel-diary plan, I mean — the novel will come to something, though hard to say what), mere risk of failure is not enough of an argument against. So here goes, in hopes that it can encourage others as much as myself.

I got a half-baked notion to write about the Brontes back in 2013, though I did not form any resolve until 2017,  also an alarmingly long time ago. END_OF_DOCUMENT_TOKEN_TO_BE_REPLACED

This week I read a wonderful essay titled “Reading Jane Eyre While Black”  that I’ve been turning over in my mind ever since. Not only does it compare two of 19th -century England’s most fascinating writers — Charlotte Bronte and Jane Austen — but it hits on many of the issues I’ve been thinking about lately. About authorial intent, and how there will always  be something a little mysterious about it, even to the author. Also how as both readers and writers we bring our own biases, both the known and unknown, to the page.

Tyrese L. Coleman makes many interesting points along the way, but one key theme is how “Jane Eyre” has been ruined for her by Bronte’s depiction of Bertha Mason, whose craziness and evil is inextricably linked to her West Indian origins and implicit blackness. END_OF_DOCUMENT_TOKEN_TO_BE_REPLACED 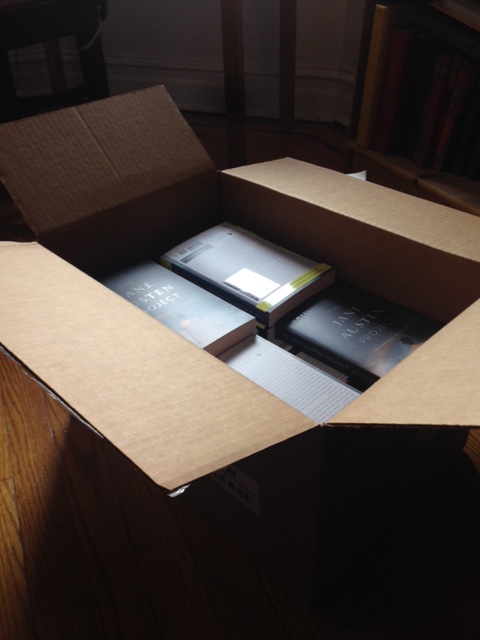 Almost five years ago now, I wrote about the strange feeling of going to the a local copy shop to print out copies of my novel in preparation for a manuscript workshop. More specifically, about the strange feeling of walking out of the store with them, that something existing only in my mind had now taken a physical form, had become a thing that existed in the world, like a rock or a highway or a batch of cookies cooling on the counter. END_OF_DOCUMENT_TOKEN_TO_BE_REPLACED

A few days ago I was surprised (but pleased) to learn that someone in Germany wants to publish The Jane Austen Project. Although foreign rights are one of the topics a standard publishing contract covers, the idea that this would ever happen had always seemed more hypothetical than real. Perhaps because Jane Austen seems so rooted in Englishness  — though I knew, in an abstract way, that she was famous beyond her own language.

There is something so strange about the idea of my own story existing in a form I can’t read myself, that it will go to a place I can’t. I remember thinking about this the last time I read Anna Karenina. Reading his words, I felt so close to Tolstoy’s amazing mind — and yet these words were not his, only some approximation. But then, language is always only an approximation, the cracked kettle on which we beat out tunes for bears to dance to. Everything, ultimately, is lost in translation. 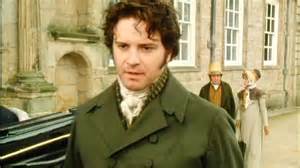 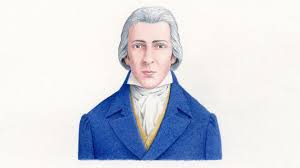 The internet has been all over this, a “dramatic re-appraisal,” as the headline breathlessly puts it.  But we never knew just what Darcy looked like in the first place —  all Jane Austen gives us is “fine, tall person, handsome features, noble mien, and the report which was in general circulation within five minutes after his entrance of his having ten thousand pounds a year.”  But the piece by John Sutherland and Amanda Vickery is great, a  thorough exploration of early 19th-century ideas about male desirability,  ticking through things like the importance of cravats, knowing how to move gracefully, and having a well-turned leg. None of this was news to me, so I  wasn’t surprised to learn that the first readers of Pride and Prejudice probably did not imagine him as looking like a certain English actor.

What surprised me instead was that was seen as surprising. END_OF_DOCUMENT_TOKEN_TO_BE_REPLACED